Mr Castle was in the RAF from 1954 to 1967. During basic training he would be exposed to noise whilst on the rifle range firing live rounds.  After his initial training he was a Marksman. This involved firing a vast amount of small arms, which caused a lot of noise. Mr Castle then continued his service career as an electrical engineer where he was surrounded by high frequency noises.

How does your hearing affect you day to day?

Derek was seen by Audiologist Tony Iveson at the Hear4U Branch in Hinckley. On assessment it was recommended that Mr Castle would be fitted with the Phonak Belong 70. This hearing aid is an advanced technology level hearing aid manufactured by Phonak, the aid is designed for mild to severe/profound hearing losses. The B70 features new lithium ion battery rechargeable hearing aids and has an upgraded AutoSense OS feature also allows for better hearing performance, sound quality and listening comfort.

Mr Castle will now continue to receive support with a full aftercare service with Hear4U alongside the charity. 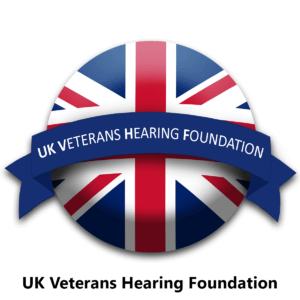 The UK Veterans Hearing Foundation would like to show gratitude to the Veterans Foundation  (Veterans Lottery) for exceptional funding that has allowed us to improve Mr Castles life.