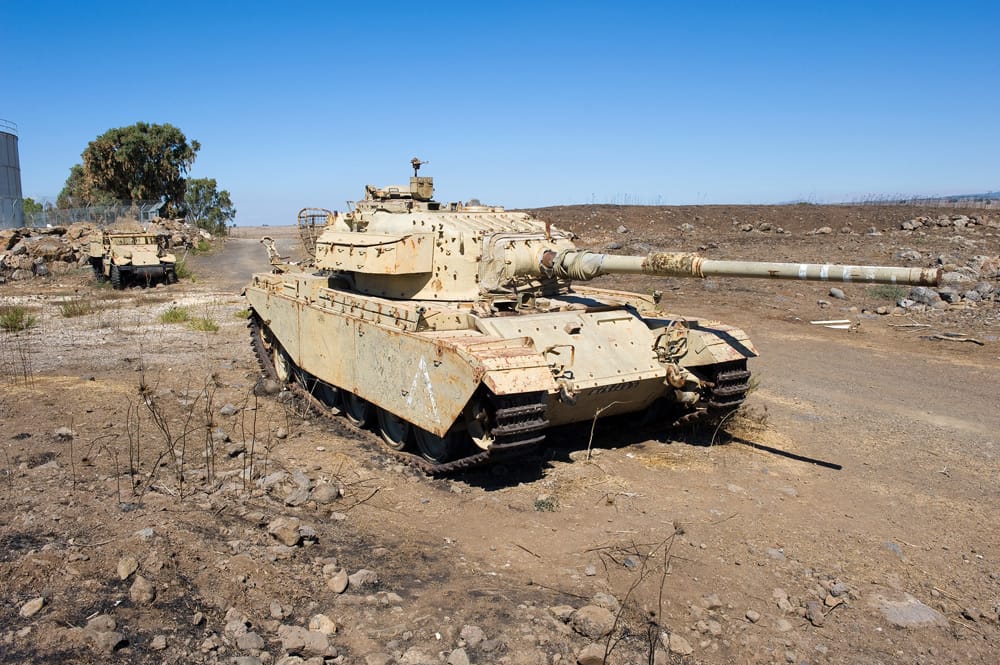 On completion of my training I was a gunner /radio operator on centurion tanks, the radio operator was also the loader of the shells on the tank.

On joining my regiment the 13/18th Royal Hussars in December 1966 I was employed as a gunner/radio operator on centurion tanks. But due to the conflict in Saudi Arabia it was decided that our regiment would go to the war zone as infantry troops. I did intensive training and firing on SLR’s and Bren light machine gun before we were deployed to Aden in the March. whilst in Aden for a 3 month tour of duty we went to the ranges twice a week.

On returning to the UK I was again in the role of a gunner/radio operator on centurion tanks firing at Lulworth and Larkhill ranges.

In January 1968 I volunteered to take a parachute course and on passing joined the Parachute Squadron Royal Armoured Corps, we used SMG’s and .30 browning machine guns.

In November 1970 I returned to my regiment in Germany who by this time were on chieftain tanks with a larger 120mm gun and with the .50 browning ranging machine gun I resumed my duties.

In 1971 we were posted to Lulworth ranges where there was firing most days. The regiment was posted back to Germany early 1974 on chiedtain tanks, until I left the Army in November 1974.

How does your hearing affect you today?

Mr Gryzelka reported that his wife had been complaining about how loud the television needed to be, however Mr Gryzelka needed it to be turned up to this level to hear it. He also could not hear the telephone ringing unless he was standing right next to the phone. Social events cause him difficulty too as he struggles to hear conversations if more than one person is talking at one time, this can make him feel very isolated. Bernard was prescribed NHS hearing aids however they did not benefit him as they pick up the background noise and make hearing more difficult for him.

The UK Veterans Hearing Foundation referred Bernard to Yorkshire Hearing to been seen by Mr Paul Smith who is apart of our network of independent audiologists. On testing, it was found that Mr Gryzelka has bilateral normal sloping to severe sensorineural hearing loss. This type of hearing loss would affect the clarity when hearing speech. There would also be a huge struggle when trying to hear speech in complex listening environments where there is background noise.

Paul therefore made the recommendation for Bernard to be fitted with a pair of Starkey iQ Muse i2400 CIC’s hearing aids. This is because this will provide the most optimised sound quality and will enhance Mr Bernard’s listening experience. This technology will provide a personalised sound experience as it can quickly and continuously adapt to changing  environments when speech is present using the Acquity Lifescape feature,  this works by classifying multiple acoustic environments and adapting hearing aid parameters.  This also offers a more natural ear to ear  experience as  Acuity Immersion Directionality and Acuity Binaural Imaging both work together to preserve speech audibility even in complex listening  environments such as when in background noise . Acuity Voice and Acuity Quiet also work to reduce noise for optimal speech audibility.

The UK Veterans Hearing Foundation and Mr Paul Smith will continue to support Mr Gryzelka going forward, and we wish him all the best with hearing well again!

Veteran overwhelmed with his hearing aids