Jack was serving in the Leicester Regiment from 1961-1974. He was a weapons trainer which involved teaching other servicemen/women how to use weapons correctly. With all of the weapons being fired at once, this created an immense amount of noise. There was no ear protection offered. Mr Weaver was also exposed to noise from mortars.

How Jack’s  hearing has affected his everyday life-

He suffers with tinnitus every day,  he struggles to hear clearly in any situation, but his main struggles are not being able to hear his wife when she is talking to him. Watching the television is difficult, as is using the telephone. He admits to feeling “ratty” on most days now and his hearing makes him feel quite low.

Jack started with us back in 2019 and was going through the British Legion Hearing Fund originally, the charity has continued to fight his cause and have now supported him in being fitted with hearing aids.

It was recommended to fit Jack with a pair of Phonak M90 rechargeable hearing aids, these will provide jack with a clear rich sound. This technology will provide better speech understanding in noise and less listening effort. This platform also recognises, analyses, and automatically adapts to precisely match more listening situations using its autosense feature. The hearing aids also have Binaural Voicestream technology for streaming the full audio bandwidth which helps tackle challenging listening situations. Jack will beneifit improved sound quality, especially in a noisy environment, on the phone or when he cannot face the speaker. These hearing aids can also connect to any Bluetooth enabled phone allowing Jack to take hands free phone calls but with better sound quality.

Jack was referred to Hear4U Hinckley where he was assessed by Tony Iveson, he has now been fitted with a pair of Phonak hearing aids and will continue to receive ongoing support by the charity and Hear4U.

The UK Veterans Hearing Foundation would like to show gratitude to the Veterans Foundation  (Veterans Lottery) for exceptional funding that has allowed us to improve Jack’s life. 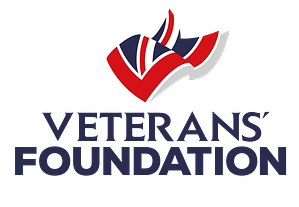