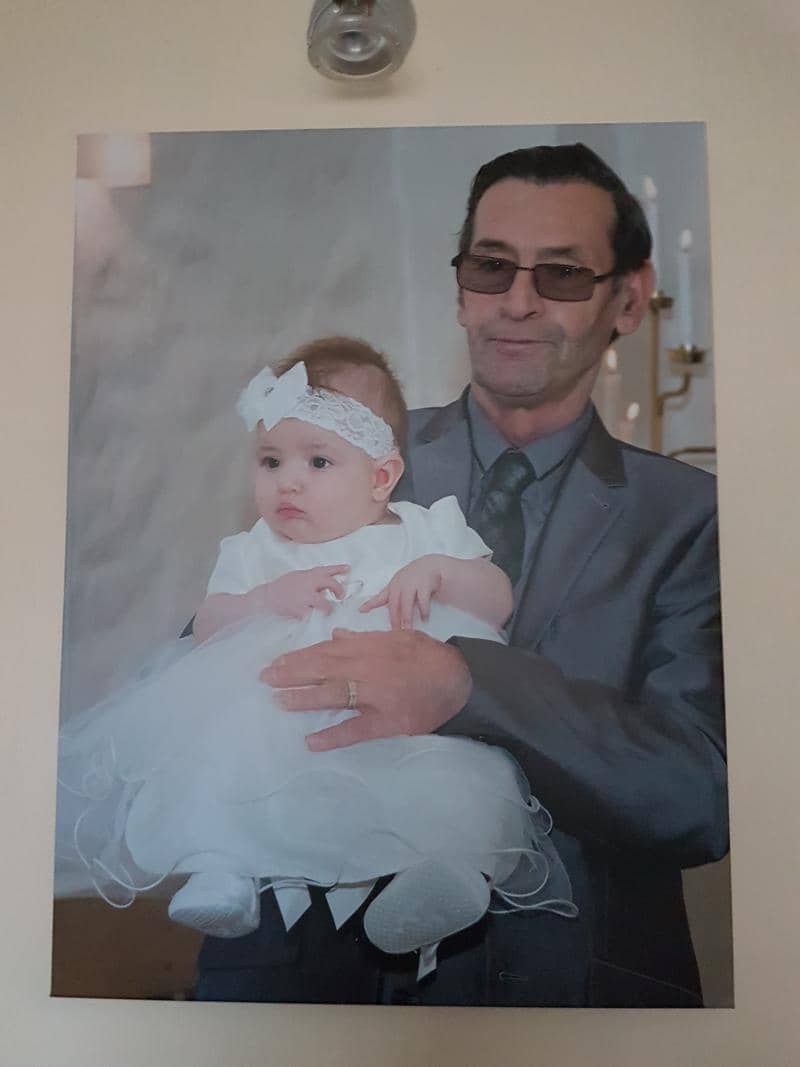 Mr Pennock has been fitted with top of the range Oticon OPN hearing aids, funded by the British Legion.

‘Between 1975 and 1977 I joined 105 plant squadron Royal Engineers South Shields. I was learning to operate heavy plant machinery, they were quite noisy!

In 1977 I joined the Royal Pioneers Corp doing various jobs such as handling mechanical equipment such as fork lifts, tractors, working in the armoury, plus various other duties. I served for about 3 and a half years in Northern Ireland and I  also spent a month in Cyprus on exercise.
Then in 1985 I was posted to Princess Marina College as a regimental police man until my discharge in November 1986.

After leaving the regular army in 1986, about 2 or 3 years before,  I was having problems with my hearing and suffered ringing in both ears. I told the medical officer what I was experiencing but I was repeatedly being told that the ringing in both ears was normal- even though it was not.

There was one incident I remember quite clearly when I was in Belize. We were on a night out in a little place called Punta Gorda, I clearly remember one of the Gurhka soldiers was informed of some thunder flashes from the armoury, I presume, he threw one into a garden. We waited for it to go off , when it didn’t I went over to see if it was still live or a dud. Within about 20 seconds of me checking, it went off. There was a big bang and for the next 15 minutes or so I couldn’t hear anything with my left ear. I was taken into the local restaurant to sit down until I could hear again. I never reported it as I didn’t want to get that person in to trouble’. – Mr Pennock.

Mr Pennock has a very demanding and busy life. Turning the TV and radio to high volumes and finding it very difficult to hear people talking to him in noisy environments and in social events. Before his fitting appointment he currently wore NHS hearing aids which has made a difference but is still struggling in noise.

‘I can turn the sound down in the TV and radio’- Mr Pennock.

Opn is changing more people’s lives with a new world of sound, helping them open up to the world like never before. Opn is the first hearing aid proven to work in harmony with the brain to help people hear better with less effort and to remember more of what is being said.
Oticon Opn is transforming the lives of people with hearing loss around the world. Groundbreaking technology delivers an all-around better listening experience and the ability to manage multiple speakers, even in noisy environments.

Smart Phone Connection:
Whether streaming sound from the TV, listening to music, or chatting over a video call, everyday connectivity is simpler than ever – with no streamer around your neck- using the fantastic Oticon ON app allows you to discreetly adjust the volume, switch programs, or check your battery level with just a tap of your finger.

Control via the Oticon ON App keeps your tinnitus treatment discreet and handy.

Since being fitted with his new Oticon hearing aids Mr Pennock’s hearing has been great. He is now able to turn the sounds down on his TV, radio and also hear what people saying in nosy environments throughout his day to day life!