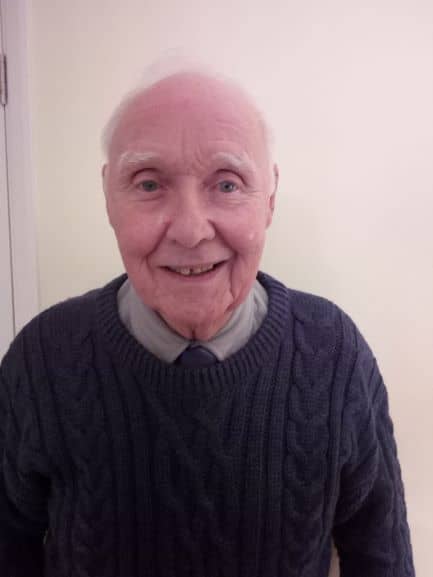 “My new Hearing Aids have made a big difference to my life and are a big improvement on my NHS equipment. I flew for 34 years in the RAF, mainly on Turbo Prop aircraft, in 1979 I suffered a burst Eardrum during a practice emergency descent. On leaving the RAF in 1988 I received a lump sum payment for loss of hearing. During 2004 I was referred to the local Out Patients Department Audiologist and was prescribed Hearing Aids. As time went by my hearing loss changed and I could not hear words that began with C-Ch- Sh-S-T.

Recently while talking to another ex- Serviceman, who had served with in the Royal Artillery, the subject came up and he advised me to ring the UK Veterans Hearing Foundation. I did just that and completed the necessary Forms and in six weeks I had an appointment with an audiologist from my area recommended by the UK Veterans and had a hearing test. This confirmed that I had lost the ability to hear high frequency sound.

Now I can HEAR with my new hearing aids plus so much more that I hadn’t realized I had lost. Now with the volume turned down a little, as the noise of traffic and even the wind was overwhelming I am back in the world of sound. I can now watch films on TV and not have to keep asking my wife “what did they say”?  Robert Shergold

Mr Robert Shergold was recommended to the UK Veterans Hearing Fund through an existing client of ours who was also a successful applicant. Uk Vets would like to thank this client for this recommendation and have awarded him with a £50 Marks and Spenser’s voucher.

Mr Shergold spent 34 years as air crew in the RAF. He started off with flying noisy piston engines and then onto turbo prop engines and jet engines for 15-18-hour flights. The ear defence at the time was uncomfortable so he couldn’t keep them in. Because of this he was exposed to loud engine noise on a regular basis.

Mr Shergold currently helps out with the poppy appeal with the British Legion and is still very social but because of his hearing loss he was struggling to cope with meetings and in groups. He was previously wearing NHS aids which he found uncomfortable and were generally amplifying everything so when in background noise he couldn’t pick up speech. Mr Shergold said he has been lip reading since the 1960s.

Mr Shergold is now living the dream with his Widex Beyond hearing aids, which were best suited to him for the comfort of the RIC fit with technology to support in multiple situations. The Widex Beyond is made for iPhone and android phones and has multiple ways of connecting through Bluetooth, DEX communication devices and Telecoils allowing him to hear sounds he has never heard before. These are now helping him to hear in group situations without the background noise effecting his hearing along with much better one to one conversations. He states  that he never realized how much his car rattled and how loud the RBL Branch Committee meetings are.

If you feel you could benefit from the UK Veterans Hearing Foundation and share this experience with Mr Shergold then please don’t hesitate to get in touch, we will be more than happy to get your application started. Please call us today on 01455 248900 to start your process.