Time in the Navy:

Mr Ernest Chapman was on a submarine frigate based in Japan/Singapore and in Suez. He was in charge of 4 inch guns on the quarterdeck. No ear defenders, firing on exercise and in combat. There were other guns on board ship such as Beaufort guns and there were 4 inch guns in the focsle. The hedgehog guns fired a battery of shells from the front of the ships. There were depth charges dropped as well. After the guns fired he was aware of partial deafness and ears ringing. The noise from the big guns firing shocked his body. The ships themselves had ongoing noise such as huge air conditioning fans and the noise from the engines, during Suez they were attacked by planes and bombs, they were diffusing mines by blowing them up. On the way to Japan, going past Taiwan, shots were fired at the ship.

Mr Chapman was sent to Richard Bunce, an audiologist covering his local area for a hearing test, recommendation and fitting of the equipment. His audiogram report showed bilateral, sensorineural, high frequency hearing loss, hearing aids were required. Due to this outcome a recommendation the Resound Linx 961 Quattro hearing aids was put forward.

These hearing aids have multiple features for hearing speech better when in background noise as well as providing less distortion when in loud environments. They have binaural directionality III feature which will allow Mr Chapman to easily listen to what is in front of him but also quickly shift his attention to important sounds around him. Having the spatial sense feature helps with localisation of sound as well as a more natural experience of sound. The noise tracker removes unwanted noise for better understanding of speech.  These features will help Mr Chapman hear better in noisy environments where there is more than one person speaking.

Ernest will continue to receive the support from the UK Veterans Hearing Foundation as well as his audiologist Richard Bunce. We wish Mr Chapman all the best with hearing well again! 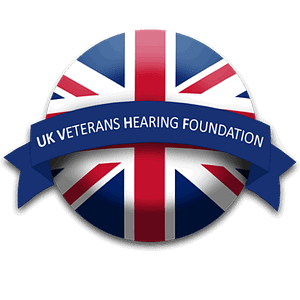