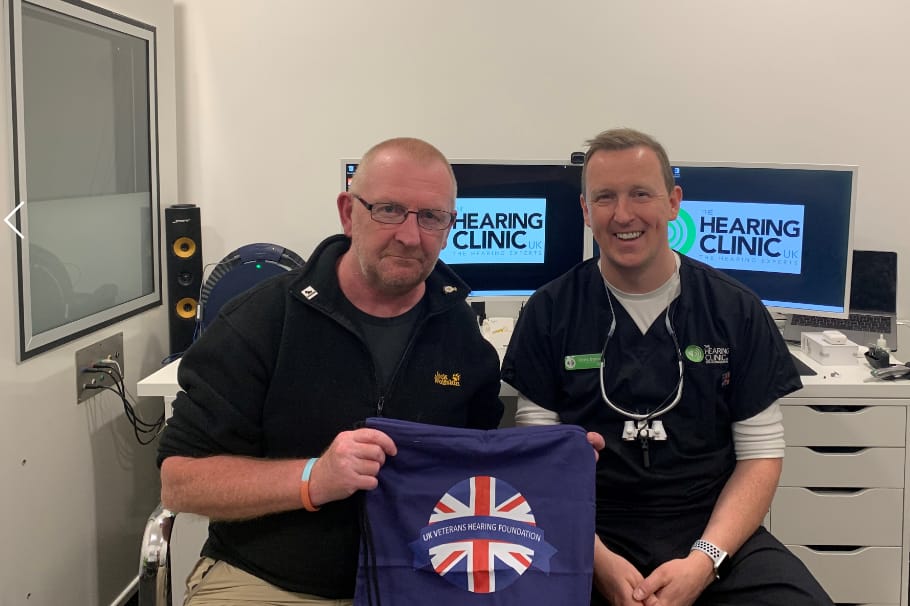 The UK Veterans Hearing Foundation have launched the Sponsor a Veteran Pathway, this allows a company/ individual to Sponsor a one-off Veteran to support them through their hearing journey with being fitted with top-of-the-range hearing technology.

Mr Clulow served in the REME and the SSGT from 1982 to 1996 and was exposed to noise during this period.

Stephen was an Armourer/Artificer weapons working with teeth arms and was on ranges on a regular basis firing small arms, mortars, RARDEN cannons, challengers and FH70s.

Mr Clulow has Tinnitus which can be severe at times and he cannot concentrate what is being said directly to him. Mr Clulow states he was losing confidence especially when trying to hear within a group. As a teacher this causes him problems at times in grasping important information.

Deafness has caused marital stress over the years as my wife doesn’t know when I have heard her and raises her voice and I then accuse her of shouting at me.

Given Mr Clulow’s significant sensorineural hearing losses and his COSI goals we recommended fitting him with a pair of Widex evoke fusion 440 fs hearing aids with moderate power receiver on right side with open dome, and custom hard tip ear mould connected to power receiver on left side. I also recommended a Widex phone dex system and also a Widex tv dex system to enable him to follow conversation on TV and telephone much better. He has significant troubles in background noise and the Widex system is known for excellent speech in noise processing.

We are very pleased to of supported Mr Clulow through his journey, we wish him all the very best with hearing well again!