John Dobie had an illustrious career in the Army serving from 1966 to 1990 where he was employed on heavy and very noisy armoured vehicles.  Furthermore, he, like all those who served, had to be trained on small arms weapons as well as the use of mortars and other explosive devices which had an adverse effect on his hearing.  Constant involvement with helicopter handling and training others, he was subjected to the high level of noise generated by helicopters hovering close by.

John suffers with his hearing loss on a daily basis and even finds it difficult to hear people speak when driving in a car and, often finds it difficult to hear someone sitting opposite him in a restaurant particularly if there is an element of background noise.  He has to have the television turned up as high as possible, answering phone calls at full volume and often finds himself in a sociable environment where he has to ask others to repeat themselves which he finds quite frustrating.

Due to other medical issues, John was fitted with Widex Evoke 440 Ric rechargeable hearing aids which will help correct the high level of hearing loss in the upper range.

Furthermore, a remote control and TV link has been set up so that he can enjoy hearing the television and other audio devices directly through his hearing aids without being disruptive to others. The hearing aids are so discreet you can hardly see he is wearing them. 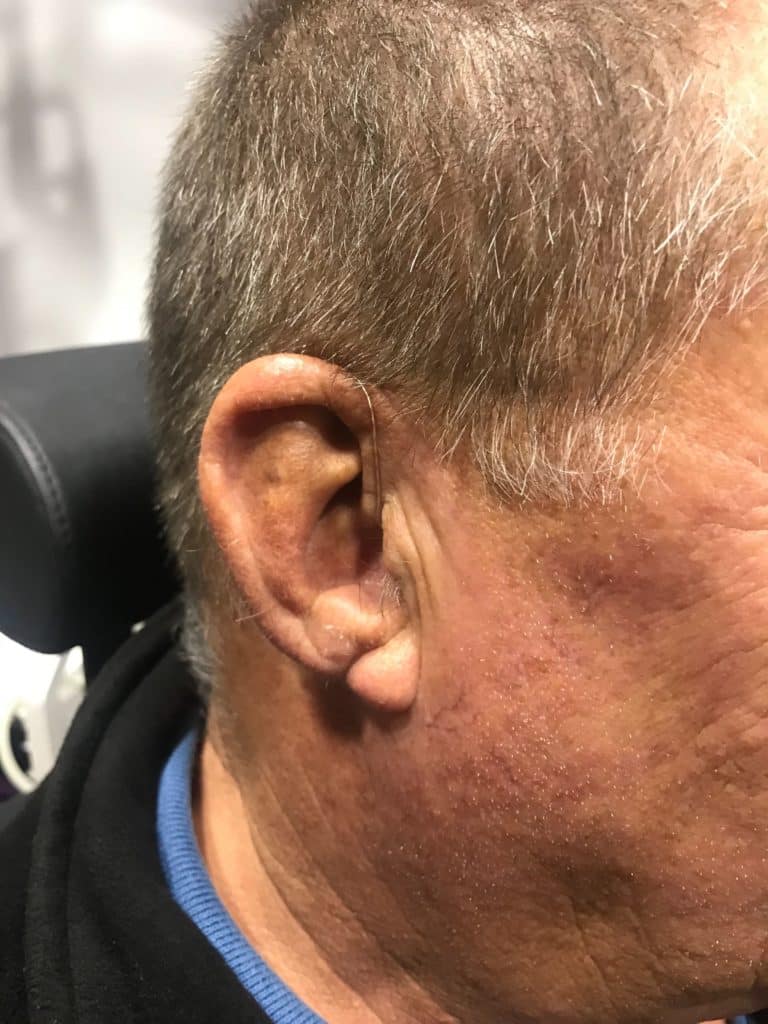 This will ensure that John has a better quality of life and confidently go to social events knowing that he can take part rather than become frustrated and annoyed by being excluded from the conversation.

Upon being fitted with his new aids, Mr Dobie was overwhelmed to be able to hear sounds again. We will catch up with him next week to see how he is getting on.

Giving back to an RAF Veteran!