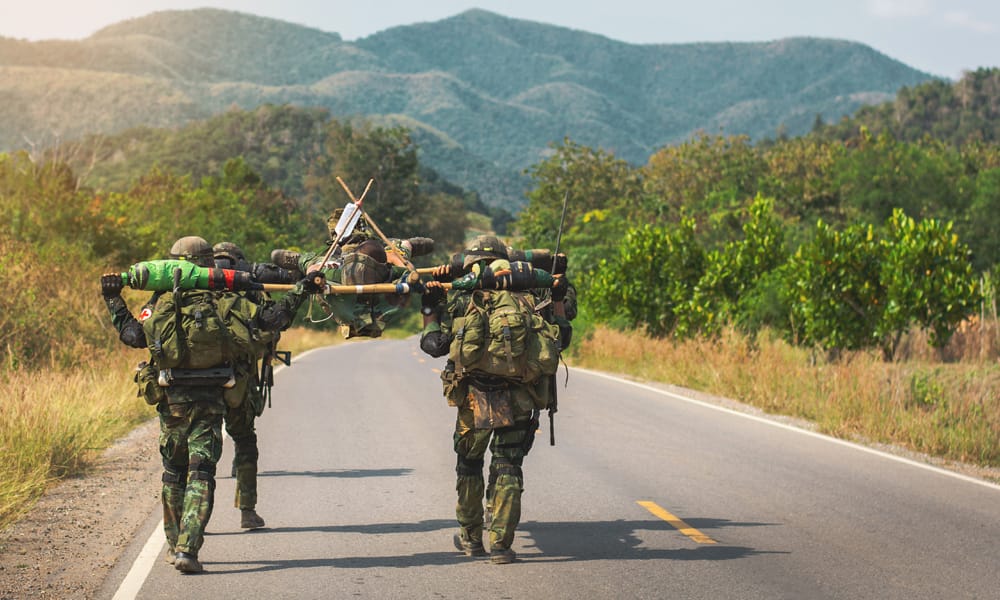 This weekend sees the launch of the Exercise Cambrian Patrol, the premier patrolling event of the British Army held every year in Wales and hosted by the Headquarters 160th Welsh Brigade. The event will continue from the 8th to the 17th of October and is designed to provide a challenging environment for soldiers of every type to test their mettle and enhance their operational capabilities.

Exercise Cambrian Patrol (or Ex CP for short) involves a gruelling 40-mile (64km) course that is set to be traversed in less than 48 hours while performing a whole host of military manoeuvres. 8-man teams must find their way across some extremely tough terrain; the exercise starts with a rendezvous point, equipment check and mission brief. The military skills that can be assessed during the Ex CP include:

Each of these skills is tested to its limit in the rough and rugged Cambrian mountains and swamplands of mid-Wales. So celebrated has the exercise become that it sees participants from across the globe come to hone their skills. In years previous, foreign army teams from Canada, Pakistan, Lithuania, Latvia, Denmark, India, France and the Czech Republic have all taken part.

So rigorous is the training that many teams that enter do not finish at all. For those that do, there are four tiers of pass: gold, silver, bronze and passing. A patrol can be finished with 5/8 soldiers due to the likelihood of injury, however, if this occurs then only a certificate is awarded.

The competition is now entering it’s 62nd year, having started in 1959 when a group of Welsh Territorial Army soldiers designed a weekend training event and shooting match. Among the founding members was Lieutenant Glyn Powell, a member of the Territorial Army who, in 1961, led his team, 638 Light Anti-Aircraft Regiment, Royal Artillery, based in Brecon, to first place after gaining ‘667.5 marks’. Now 89 years old, he looks back with pride:

“We trained for three months for that march and you had to pick the right men for the occasion. I’d heard it was a grind and that considerable training was needed.

The absolute key thing was, you had to look after your feet. Some of the boys used to cut holes into the front of their boots when the pain got too much. It was as much a question of mental strength as it was physical. I remember it started in Hay-on-Wye and finished in Maesteg, with a presentation ceremony in Porthcawl. Do you know what, coming down that promenade we had such a feeling of pride. We could go back to Brecon and say, we’ve completed the Cambrian March. To this day, we’ve remained friends for life.”

This years’ event promises to be just as much of a challenge, as participants carry some 23kg (50lbs) worth of equipment across the near-40-mile course.

Anniversary of the Battle of Blenheim